A very simple definition of a missionary is someone who has been sent (from a church) to tell other people about the free gift of salvation that was made available when Jesus died on the cross. While anybody can be a “missionary” in there local area, the term is generally used to describe those who have left their home country for the purpose of spreading the gospel, particularly those working in remote areas that may have never heard God’s word before.

At Faith Baptist Church we believe that missions and supporting missionaries are important parts of fulfilling our role in the great commission. The book of Acts tells us that we need to show others (be witnesses) about Christ in Judea, Samaria and unto the uttermost part of the earth:

This was originally written to the first Church at Jerusalem but for us this equates to our local area (Rockingham), the surrounding areas (such as Warnbro, Baldivis and Kwinana) and the rest of the world.

While we can work on being a witness for Christ in Rockingham and the surrounding areas it is difficult (if not impossible!) for us to personally and physically reach every part of the world. Instead, we have a Faith Promise program in place whereby we pledge financial support for missionaries who are telling people about Jesus in “the uttermost part of the earth” as a way of partnering in this important aspect of the great commission.

Who are our missionaries?

While there are many missionaries of like-minded faith around the world that we support in prayer, we currently provide financial support to the following works. We pray that God will grow our Church and help us to be able to support more missionaries financially.

The Busters – The Kingdom of Tonga

Brother Bob Buster and his wife Sela have been faithfully serving in Tonga since August, 1994. They have three sons, Mark, Jeremy and Jacob who help them with the work of the ministry. Their sending Church is Emmanuel Independent Baptist Church in Canberra.

Tonga is a difficult field in that there are many other large religious sects that are well established. But praise God that the Busters have managed to successfully establish two Independent Baptist Churches in the region, one with its own national pastor.

The Pineros – The Republic of Vanuatu 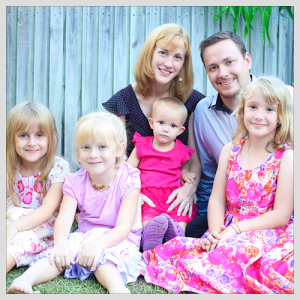 Sent out by Lighthouse Baptist Church, Rockhampton, Jeremy and Liz Pinero have been serving God in the pacific islands for many years. Jeremy spent much of his young life in Vanuatu as the Son of a Missionary couple, Phil and Hazel Pinero. Throughout their time in the mission fields they have won countless souls for Christ and planted many churches across the region.

Jeremy has been instrumental in starting many churches and training indigenous pastors in Vanuatu, and they both have been a great encouragement to young people in Australia to consider serving in missions.

While the majority of their work has been in Vanuatu and New Caledonia, the Lord has also used them in camp ministries and  evangelistic preaching in Australia.

The Evans – Hokkaido, the northern island of Japan 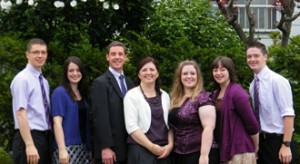 They were sent out from Sydney by Metropolitan Baptist Church in 1992 and have been faithfully ministering to the people of Japan since. They originally used English lessons as a successful outreach ministry to disciple people in the local community.

The Evans have successfully planted Suzuran Bible Baptist Church and have had to move several times as a result of growth. Their website is suzuranbbc.com and you can try reading the Japanese version for an extra challenge!